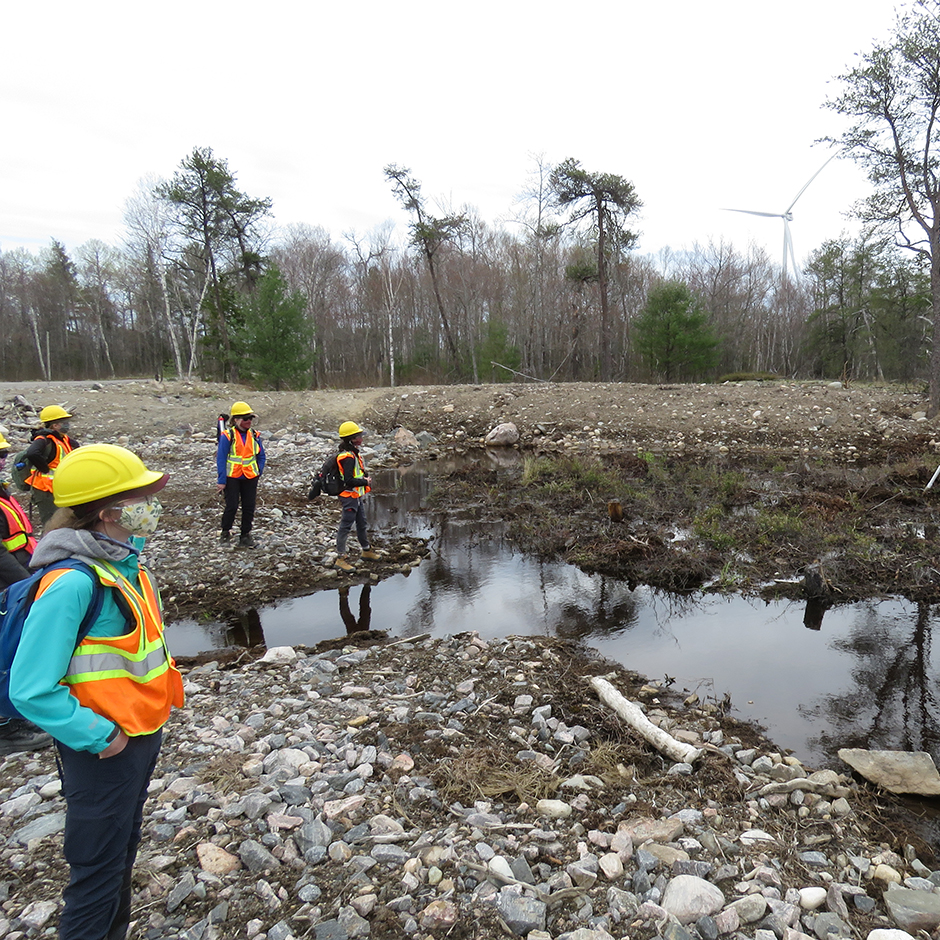 Ontario’s eastern Georgian Bay region is made up of a complex mix of geological, ecohydrological, and biological characteristics that combine to form a unique and ideal habitat for species at risk (SAR) snakes and turtles. SAR that inhabit this region include: Massasauga rattlesnake, Eastern foxsnake, Eastern hog-nosed snake, Blanding’s turtle, and Eastern musk turtle.

In 2017, construction of the Henvey Inlet Wind Energy Centre (HIWEC) began along the northeastern stretches of Georgian Bay just south of the French River and continued until Fall 2019. During that time, a wildfire swept the region. Ganawenim Meshkiki (GMI) recognized the potential for impacts to SAR as a result of both the construction of an 87-turbine wind farm with associated access roads and outbuildings, as well as the wildfire, and recommended initiating a long-term monitoring study to observe the succession of ecological communities and reoccupation by SAR. Blazing Star Environmental was selected to carry out the study, receiving $1,295,496 in GMI’s Eastern Georgian Bay Initiative (EGBI) funds and bringing in $1,361,000 in matching support from 2019-2023. Target SAR for the project include Massasauga rattlesnake and Blanding’s turtle as the primary target species, with Eastern foxsnake, Eastern hog-nosed snake, and Eastern musk turtle acting as secondary target species.

2021 marked year three of the study, with the final study goal being to assess the long-term response and recovery of target SAR to the combined impacts of the construction and operation of the HIWEC, the wildfire, and climate change. The 2021 field season was highly successful, with project staff reporting the project and deliverables as on schedule despite the continuing challenges of COVID-19. Staff advanced the reptile mark-recapture study initiated in 2019, with ~1,162 hours of mark-recapture surveys conducted, resulting in 250 new individuals being captured and 150 individuals being recaptured from previous study years. Project staff also tracked a total of 30 turtles using radio telemetry over both the active period and overwintering period.

Looking ahead to year four in 2022, next steps will include sharing study results with GMI and the Henvey Inlet First Nation community, generating a regional reptile monitoring program by continuing to leverage partner support across the eastern Georgian Bay region, and preparing for long-term continuation of monitoring. 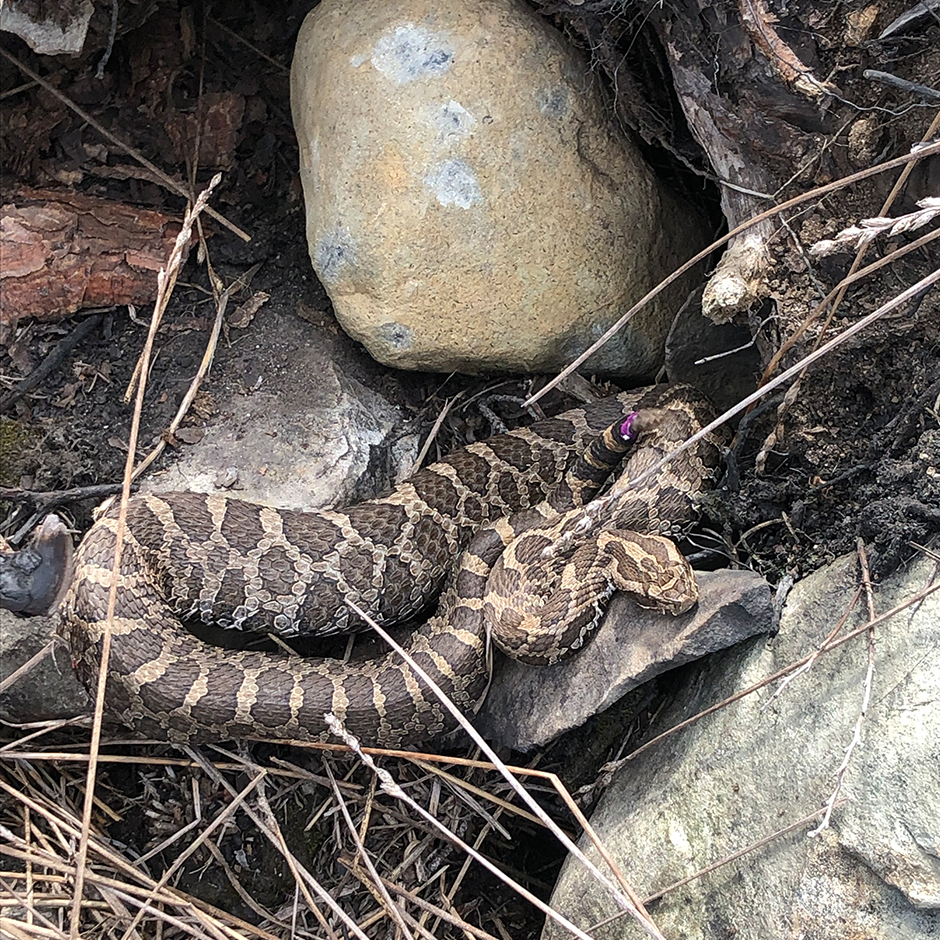